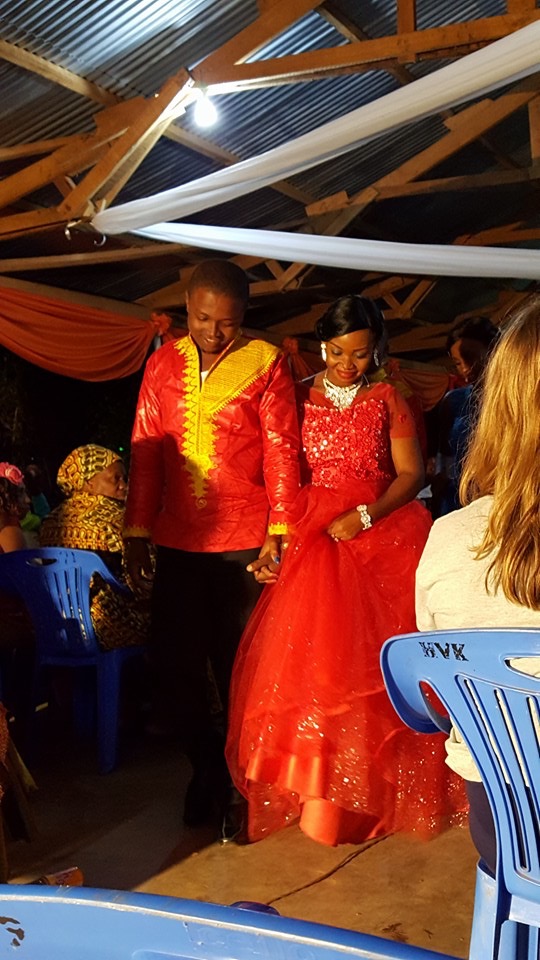 I was invited to a Goodbye Party by my co-worker in Tanzania, which is a celebration to send off or say goodbye to a woman before her wedding. So, I invited some friends and 13 mzungus crashed a Chagga Goodbye Party.

First, the party was at a prison. Yes, a prison, but a really nice one to be fair- think more like farm than US penitentiary. We were very warmly welcomed, served African beer (open bar), and promptly started dancing after the brides’ family did the entrance dance. We were sandwiched on the dance floor, did an African electric slide, and danced with every African man that could grab us.

I, to my surprise, was handed the microphone and had to make a speech in Swahili (killed it until I accidentally said something in Spanish- awkward). All the mzungus were asked to dance in front, quite entertaining I’m sure. I learned that what I thought was ‘sheet cake’ is really sheep cake, just in time to see the dead decked-out goat roll by (I screamed-pole). Sheep cake is an African tradition and a part of every celebration, and yes, they consider it a cake.

I didn’t everything that was said, but I know the brides mother was presented with Kanga as a gift for having her daughter. The mother sent off the daughter with well wishes to the husband and his family, and then we danced to the huge buffet table. I excused myself to the choo (toilet) where I apparently did something wrong (still not sure what) and was playfully slapped on the cheek.

We danced again, had a little dance off, and presented our gifts to the bride-to-be. I also discovered that the bride-to-be was pregnant, and that’s actually common in Tanzania, since the man wants to make sure his woman is fertile before marring her! It was a lovely,and very long celebration, but well worth the experience! 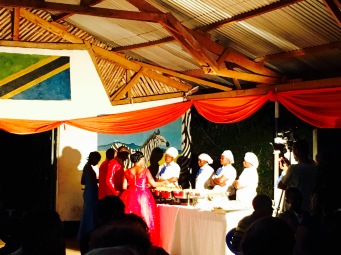 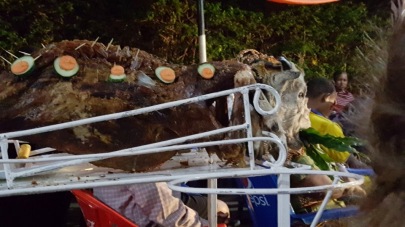 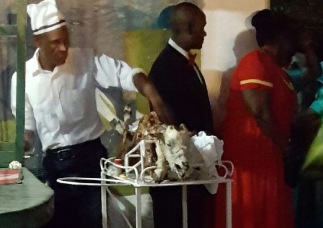